By Gayle Hallgren-Rezac and Judy Thomson on June 11, 2013 in Networking Tips

Summer is a time to chill out and networking isn’t on most people’s radar. Dressing up, standing around a windowless hotel meeting room, doing something that you already find kind of stressful—who wants to do that when you could be at the beach or on a bike ride after work?  But networking during the summer can actually be the best time to do it since networking (at least the way we describe it) is simply about building relationships, not about sales pitches and selling yourself.

Firstly, practice Positive Networking ®—discover what you can do for others. It is the defining principle of Shepa Learning’s brand of networking and it allows you to go out and meet others without worrying about selling yourself.  Put the focus on the other person, and you’ll relax and enjoy social and business events without feeling stressed.  Download our free mini-guide, 7 Secrets of Positive Networking ®  to become a better networker.

DO SOMETHING YOU’VE ALWAYS WANTED TO DO

Secondly, summer is the perfect time to meet new people in different kinds of ‘ponds’. Get creative. Take tennis lessons, go on a bike trip with an organized group, join a hiking club or learn to golf, row, or take French lessons. Will you meet new people?  You bet. Remember, traditional business networking events don’t shut down in the summer but many organizations make networking more fun—boat cruises, golf tournaments and more. 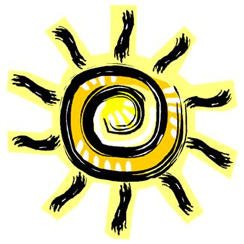 Here are just a few examples from the Networking in Vancouver’s site:

BE THE CONNECTOR WHO CREATES THE GROUP

Think about group invitations. Are there people you could bring together at an event?  Vancouver Craft Beer Week, which happened in June, was a perfect example of a cool way of getting a group together to try out Vancouver’s amazing craft brews. Why a group? A group is a safe way to expand your potential invitees beyond your close friends to include acquaintances. If you feel uncomfortable inviting someone you don’t know very well, you can approach them by saying, “I know you enjoy golfing and there is a great charity tournament coming up. We are putting together some foursomes, if you are interested.” Or “I know you are a runner and we are putting together a group for the August half marathon, want to join us?”

FIND YOUR FRIDAY AFTER WORK PLACE

Get a core group of people who want to enjoy some downtime at the end of the week, and pick a place where you always meet. Then tell others you’ll be there.  Tweet it, put it on Facebook and walk over to someone’s desk and invite them to join you.  The best way to build your network is to be inclusive, rather than exclusive.

QUESTION: What are the best summer After-Work-Places in Vancouver?