By Katie Schaeffers on May 4, 2011 in Event Reviews

Don’t worry about not having a plan.

And definitely don’t worry about being perfect. 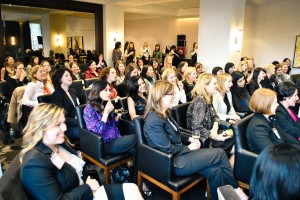 The women talked about education as being hugely important on their path to success, but also – remaining flexible, being intellectually curious, doing something you love, having mentors, adding value, and perhaps most importantly – building your network, and building it now.

The panelists encouraged us – perhaps even demanded of us! – that we be authentic, remember to be human, stand up and stand out.  Most of the time for them, this meant making mistakes, learning from them, and being ok with not being perfect.

Susan Yurkovich championed the values of Y.E.S! by honing in on what she called the sisterhood of support in Vancouver.  There is a huge network of women here in Vancouver and at Y.E.S! we aim to connect young professional women through fresh fun networking events – think cocktails and conversation.  Fashion and philanthropy.  We are women helping other women.  For more information check out www.yesvancouver.org and stay tuned for our Speednetworking event on May 25th! 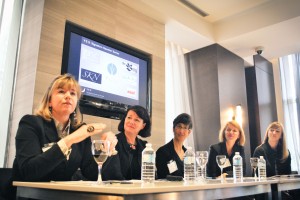 P.S. You can also check out the live twitter stream from the event at www.twitter/com/yesvancouver for lots of great words of wisdom!

Entrepreneur-at-heart, strategic thinker, translator, producer, creator, activator. Katie has that unique mix of right-brain creative vision and left brain tactical know-how. A graduate of McGill University and the London School of Economics, Katie’s event, production, and communications experience crosses the spectrum from fast-paced political environments to high-end galas to outdoor music festivals. A seasoned event producer and communicator, Katie has produced events locally and internationally for over 8 years with notable clients such as TED Conferences LLC, the Canadian Academy of Arts and Sciences (The JUNO Awards), the Squamish Valley Music Festival, the Sarah McLachlan School of Music, The City of Vancouver, Farmers Insurance, the BC Children's Hospital Foundation, and Fuji Xerox NZ. Currently she is developing projects that support emerging artists, uncover hidden potential, make the City of Vancouver more fun to live in, and inspire dialogue around important issues.
View all posts by Katie Schaeffers →

Networking should be like an Easter Egg Hunt, Not a Dog Humping a Football
“Our Story, Our Success” – WIL luncheon review