By Desiree Dupuis on November 22, 2011 in Networking Tips 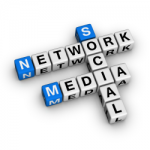 We are living in a spectacular time. Anything we need is now at the touch of our fingertips and this has dramatically enhanced our ability to connect with people and net-work.

I have said this in the past and I will say it again, networking is all about building relationships. Having a network full of people that you have met one time and that barely know you is useless. Having a network full of people that know who you are, what you do, what your interests are, where you are going, and what you are passionate about is game-changing. Without social media and the ability to engage online, it takes a lot of time and effort to build these kinds of strong relationships. It means a lot of coffees, lunches, drinks, events, and phone calls. But with social media, we now have the ability to engage with the people we are interested in daily and even hourly. Using various online tools and platforms known as social media, we can get to know the people in our network much better through their tweets, facebook statuses, photos, youtube videos, linked profile updates, and much much more.In networking, the most important aspect is following up.

Again, if you meet someone one time, the chance of them remembering you and going out of their way to help you is pretty slim. That's why its important to follow up so that you can get to know them better and give them the opportunity to get to know you better as well. Social media, or social networking as I like to call it, gives you the tools to easily follow up with people and continue to do so over time, thus building your relationship. When I meet someone that I'd like to add to my network, I look for them on Twitter and I look for them on Facebook. That way, I can keep up with what they are doing and saying on a daily basis and engage in conversation with them.

Using social media also helps with your networking strategy because it gives you the ability to get to know someone before you have even met them. If there is someone in particular that you would like to meet or get to know, if they are on Twitter this is an open gateway to start engaging with them and also may lead you to find out where they spend their time and where you could potentially ‘bump' into them. When you meet someone that you have been following for some time, the relationship you are able to establish is immediately much stronger. You are no longer starting at ground zero with a stranger. You have a good idea of what their interests and values are. And if you have already been conversing online in a positive manner, now in an instant you have an established relationship. In some cases, you can even have a network of people that you have never even met in person. Look at me for example, I am writing this post for the founder of www.networkinginvan.com Jen Schaeffers because we started chatting on Twitter about U2. A simple post about both of our favourite band led her to asking me to be one of her guest bloggers. Since then, we have also discovered numerous friends that we have in common and I now consider her a friend, even though it has been over a year and we still have not met in person!

Social media platforms allow you to easily keep up with the people you care about. Networking is all about connecting with people, strengthening your relationships, and staying top of mind. By using social media, staying connected can be as easy as simply clicking the ‘like' button.

As partner of Three Sixty Financial Group, Desirée’s mandate is to help local business owners protect themselves, their families, and their business financially through insurance, estate, and tax-planning solutions. With a strong background in Marketing, Desirée decided to team up with her best friend Kelly and join her in the financial industry. Desirée and Kelly founded Three Sixty Financial Group in 2008 and have been growing their business ever since through word of mouth and grass roots marketing initiatives. Desirée is now heading up Marketing for Ruben’s Shoes, a non-profit business founded by Kelly, which collects used shoes to send overseas to people in need.
View all posts by Desiree Dupuis →

This One’s for the Ladies! CanWIT BC Event Review by Guest Blogger, Lisa Dalla Vecchia
MPI BC “Get MAD & MAD Mingler” Review by student blogger