By Jerrie Lynn Morrison on June 11, 2012 in Networking Tips 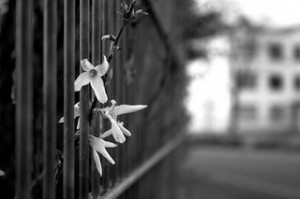 Wallflower, by xgj-khaos, used under a Creative Commons Attribution-ShareAlike license.

Perception is a funny thing.

Next to my sister who works in sales and runs a cheerleading gym on the side, I seem like a wallflower. But next to some of my science and writing colleagues- the quiet, thinking types- I actually seem loud and outgoing.

But I know myself well. I am an introvert, even if I seem like an extrovert in certain situations.

Being shy is not a choice

At least one-third of the people we know are introverts, according to Susan Cain, author of Quiet: The Power of Introverts in a World That Can’t Stop Talking. However, our society values what Cain calls, the “extrovert ideal.”

So, how does networking work for people who are naturally shy?

Introverts can best network by listening

I mentioned in a previous post that networking is about listening, which is a good thing for introverts. If you're shy, you probably don't like promoting yourself or your business, so don't feel like you have to.

At networking events, people naturally expect to be asked about what they do, so it's ok to introduce yourself to others and ask questions about their jobs, careers, or businesses. If this sparks future conversations, great! If not, no worries. Move on and try again.

The object of networking is to build meaningful, purposeful, reciprocal relationships for your career or business over time.

Of course, if you're super shy, getting the nerve to just say hello might take some practice. You are not changing who you are (you'll always be an introvert, and that's ok!), you're simply adding a new skill to your skill to your set of abilities. It's kind of like a right-handed batter in baseball who learns how to switch-hit. The batter has a natural preference, but is choosing to add a new skill that takes time and practice to develop.

In my case, I've chosen to step out of my natural comfort zone and reach out to people because I'm eager to listen and learn from others as I transition to a new career. The more I push myself to practice, the easier networking becomes.

Observe how others interact

Sometimes you might come away from a networking event thinking that you did a terrible job at it. But if you take the time observe how others interact at an event, you might be able to cut yourself a little slack.

By observing how others interact, you learn that people have different motivations for networking. If you're shy, having this understanding helps keep you from being discouraged on the days when networking seems really, really hard. This site is also full of great networking tips to keep you encouraged.

Do people perceive you as an introvert or extrovert? Do you think it matters when you are networking? 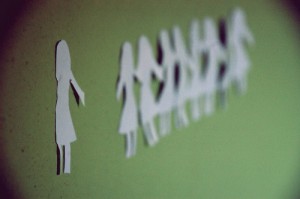 Jerrie Lynn Morrison looks forward to reading Susan Cain's Quiet: The Power of Introverts in a World That Can't Stop Talking, and watching Stephen Chobsky's The Perks of Being a Wallflower.

Lonely, by lilongd, used under a Creative Commons Attribution-ShareAlike license.

Jerrie Lynn Morrison is a former scientist turned healthcare communicator. She has worked for large multinational corporations, small businesses and non-profit organizations. Her volunteer efforts have supported a wide range of causes, from national science policy to community literary arts, local children's sports and economic empowerment. She wrote for Networking in Vancouver during a transition period in her career, and she values networking as a key to managing one's career through all of life's important transitions.
View all posts by Jerrie Lynn Morrison →