By Gayle Hallgren-Rezac and Judy Thomson on June 8, 2012 in Networking Tips 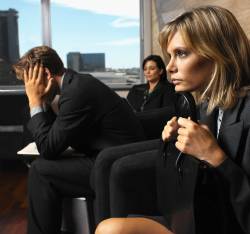 What do you do when you and a hoard of other job seekers are all competing for the good jobs in your field?  Do you steer clear of the competition, or do you embrace them?  A recent article by Daniel Ransom, an avid cyclist and young professional (library science),  Breaking Away: Networking like a Cyclist,  gives a new perspective on building a supportive network, explaining why these people shouldn’t be your ‘frenemies’, but part of your team. He says, forget the rivalry and instead embrace them as friends—in cycling parlance, create a breakaway group.

Here’s the top reason to make friends with your ‘competition: All boats rise with the tide (well, most of them). Just imagine where all those other smart people starting their careers in the same field as you (marketing, finance, library science, etc.) will be in five years, ten years.  What will they be doing?  Where in the world will they be working? Won’t you want them in your network? For example, Judy’s peers from the chartered accountancy profession are now running the accounting firms, or the top practices in Canada and around the world. And, because she has stayed connected, they are in each other’s networks.