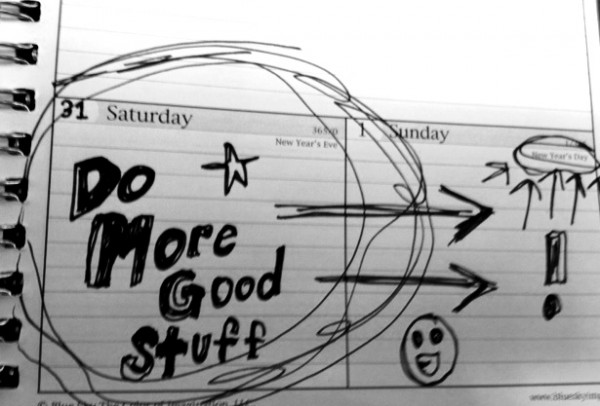 I prefer to set goals than resolutions: it suggests a more active approach and has a more powerful and positive connotation. I was very excited when I heard about the 2012 YES/Lululemon Goal Setting Seminar, not only because they make a kick-ass combo but because I want to put some serious thought into my goal setting for 2012.

Last year I “resolved” to do one thing: change careers. I focused all my energy and time on achieving this and it paid off. I realized that goals can be reached when you have a clear idea of what it is you want, and you have the motivation and support to go for it.

I wasn’t clear on what I wanted to accomplish in 2012 but I knew I wanted to get the most out of this seminar.  I already had some ideas such as doing more yoga (not because the Seminar is put on by Lululemon!  but because being active is something I should do regularly, not just in January). I want to try and eat 3 vegan meals a week (but given that I already eat healthily and embrace alternative foods, that isn’t going to be so hard to accomplish). I want to lose weight, who doesn't!? (see previous points). I want to read more books and watch less TV (simple, turn off the boob tube). All good goals, but I wanted/needed more…

So I thought long and hard about things I struggle with the most. I’ve been digging deep to find the one that scares me, the one that gives me anxiety, the ONE that will challenge me to the core this year. And then, a recent blog about setting “non-selfish” resolutions by Leigh Anne Tuohy (The real-life mom from The Blind Side) and my finishing of the book Think: Straight Talk for Women to Stay Smart in a Dumbed-Down World by Lisa Bloom got my wheels spinning. What change can I make in 2012? What goal can I set that will not only be a positive change for me but will also get me involved in my community and create change, albeit maybe on a small scale, in the world or at least my world.

So these are now the thoughts I am heading into the Goal Setting Seminar with on Thursday. I have some ideas on what I want to accomplish and how I will do so, but I want to wait and see what this night is all about before I let you in on them…

Fannie wears many hats including High Performance Manager for BC Adaptive Snowsports, President of BC Wheelchair Basketball Society, Sport Leadership Committee member atViaSport, active volunteer with the BC Wheelchair Sports Association, and last but not least wife and mother of two busy little boys. Fannie’s many roles allow her to feed her many passions from developing social media and communications strategies to creating better systems and procedures, delivering inspiring events to creating better awareness, education and inclusion for people with disabilities to discovering a new way to get her kids to eat vegetables and get them dressed to make it to school in time! It is through her work with Networking in Van back in 2012 that Fannie discovered her love of networking, blogging and the great community that is Vancouver. Having recently moved to the ‘burbs, the number of Networking Events she attends and blogs for have gone down but she still finds time to attend some and puts special importance on those with an educational component. You can follow her on twitter @TheFanSmith for everything from snapshots of day to day life, parasport awareness or vegan or gluten free recipe!
View all posts by Fannie Smith →

25 Reasons to attend Business in Vancouver’s 40 Under 40 Awards
Inspiring Smart Women to Lead: why I plan to attend WXN Top 100 Summit