By Jordan Fernandez on December 10, 2015 in Career Advice 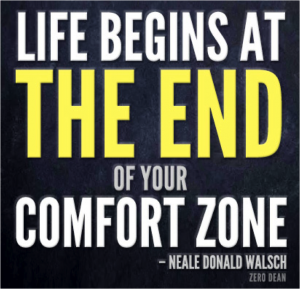 Three short years ago, I was an individual that filled the prototypical mould of young professionals my age. I was a person that had meticulously planned life over the next five years, and created succinct, well-developed ‘5-year plans’ that I hoped would help me in my professional life.

I was led to believe that having these plans in a tumultuous roller coaster that was ‘working life,’ would aid me in understanding what the next steps at each interval of life were, so that I could work closer and closer to my final goals. And while these plans were undoubtedly beneficial in guiding me, I got caught in this cycle where I needed to know what the next steps were and ultimately, where they would take me.

Fast-forward three years later and I come to another key junction in my life. My one year rotational program with the Royal Bank is nearing its end and what the future holds and where I will eventually be, is still very much in the air. However, what’s different between myself now and myself three years ago, is my ability to deal with this uncertainty and uncomfortability.

Three years ago I would have viewed a critical crossroad such as this as a nerve racking and stressful moment. And rather then take risks and try new things, I would have resorted to what felt comfortable so that I could rid myself of these feelings. However, in no way did I grow, nor develop. I was searching for comfortability, when I should have been embracing the uncomfortability. And after speaking with both colleagues and friends, I find them trapped in a similar cycle of where I once was; stressed and filled with anxiety over not knowing what the next steps were.

After moving to London, UK and now Toronto, I have learned to shift my thinking and to be okay with not knowing what the future holds. As I put myself in new, exciting and often uncomfortable situations, I realized the growth potential and opportunity that came along with that. While living, studying, and working in new, often unfamiliar settings with no safety net or support base, I became comfortable with being uncomfortable. I shifted my thinking to see uncertainty as opportunity and not knowing as freedom. Every day was a new challenge and I was ready and willing to accept that challenge with both hard-work and dedication.

The Lessons I Learned

I truly believe that if I hadn’t taken a leap and moved to the UK, I would have never grown professionally into the individual I have today. And so for those that are critical junctures in your life – whether it be finishing University, transitioning between jobs, working in new fields or simply just trying to find you way, see it as positivity and opportunity.

Don’t get wrapped up in the natural feelings of negativity that is associated with uncertainty. Your uncertainty is your freedom to explore, to grow, and to develop. See these as windows to take leaps, get your hands dirty, and try new things. And soon, like me, you will start to realize the intangibles that this can bring.

In no way am I encouraging a ‘laissez-faire’ attitude with no structure or goals in life, but rather, I say work towards these goals without having to plan everything so meticulously along the way. Often the path to your goals meander and will contain unpredictable twists and turns. Don’t fight this, but rather, embrace it. Life is a journey and you are headed in the right direction, and while it seems stressful that the path isn’t linear, that’s what makes life exciting.

Company and Position: Associate - Royal Bank of Canada’s (RBC) Career Launch Program Fave Networking Events: Although I do not have a specific preference as to the ‘type’ of event, I tend to try and gravitate towards those events that allow me to meet entrepreneurs and innovators. More specifically, events where I can meet people that are passionate about creating something new and exciting, regardless of the field or industry. Also, events where inspirational stories are told! Vices: Whole Foods Chocolate Bundt Cakes!!; Traveling; Sour Watermelon Candy; Fashion and Clothing. Connect with him on LinkedIn: https://ca.linkedin.com/pub/jordan-fernandez/77/228/1a0
View all posts by Jordan Fernandez →