By Gayle Hallgren-Rezac and Judy Thomson on November 27, 2013 in Business Networking 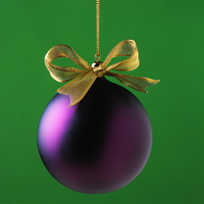 MOST LOGICAL TIME OF THE YEAR

December is the most logical time of the year to reconnect with people in your network, but it gets so crazy that sometimes we just say ‘no’, when we can say ‘yes’, and still get everything else done. (We give you a tip on how to do this in our 7 Networking Tips for the Holidays.)

Don’t miss this great time of year to connect with people because next March, when you are trying to figure out a reason to connect with someone, you’ll regret not having sent a holiday shout out, or said “too busy” to reconnect over an eggnog.

TIP #7 TURNS YOU INTO A CONNECTOR

Check out Tip #7 because it’s an awesome way to become a Connector. As Malcolm Gladwell says in The Tipping Point, connectors are those “special few” who have a “gift for bringing the world together.” Gladwell says, “you want to know one, or be one”.  We say, “be one”!

7 NETWORKING TIPS FOR THE HOLIDAYS