By Trevor Turnbull on June 26, 2012 in Networking Tips

5 Tasks To Grow Your Network On Twitter In 15 Minutes Per Day
Feature Writer: Trevor Turnbull

I first joined Twitter back on September 21, 2008.  No, I don't have a photographic memory….I Googled it and found this site: WhenDidYouJoinTwitter.com (Go ahead and check for yourself….my username is @trevorturnbull)

Now, if you are like me, when you first joined Twitter you had no idea what you were doing and really wondered why you would add ANOTHER thing to your never ending to-do list.  And, really, what motivates someone to join Twitter in the first place?  Isn't it a mindless tool where people tell the world what they had for lunch??

I had to do a quick search to see if I could track down my first tweet back on November 13, 2008 (hoping that it wasn't what I had for lunch.  Thankfully it was not…….check it out below. You can find out your own first tweet here) 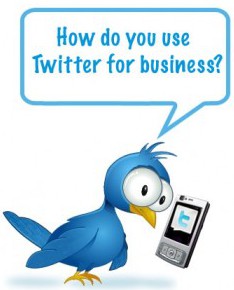 Anyone that knows me would be aware that I am a big fan of Linkedin.  It's pretty tough to dispute that Linkedin is the best social media tool for business networking.  But, based on my own personal experience, I might have to argue my own position and say that Twitter is the most powerful business networking tool.

After all, I can honestly attribute my start and success in the sports industry to the connections I made via Twitter back in 2009.  My first “WOW” moment on Twitter came when I reached out to Kathleen Hessert and asked her to co-host a webinar with me discussing social media in sports (Kathleen is best known as the person that helped get Shaquille O'Neal on Twitter).  When she said yes, I jumped out of my chair and couldn't believe how easy it was to reach people that I previously thought were unreachable.

And, Twitter was also the place where I very quickly realized that it can be an incredibly powerful tool (or a nightmare) for customer service. I had one particular experience on Twitter that is a true testament to the power of Twitter for companies as a customer service/crisis management tool.  It was back in October 2009 with WestJet and the person behind their Twitter account at the time,  Greg Hounslow (Emerging Media Advisor).  I'll spare you all the details, but check out this article (My Westjet Experience Via Twitter) to learn about my experience (and 1000's of others when Westjet's online booking system and call center went down).

How You Can Include Twitter In Your Daily Routine

Needless to say, I am a huge fan of Twitter and advocate that everyone can benefit from joining and engaging with this social tool.  That being said, I think most people would agree that there are just not enough hours in the day to do everything we would like.  But, Twitter doesn't need to control your life in order to see a real return from your time invested.

Of course, if you are a veteran on Twitter, I am preaching to the choir and my tips may be something you do instinctually everyday.  But, hopefully there are a few new tricks that you can implement in the video below.

For those just getting started with Twitter, these 5 simple tasks are a great way to start seeing real value and results from your networking efforts on Twitter.

This training video is part of a Make Money Online training course that I have co-produced called ZeroToMoneyMakingWebsite.com.  Click the “full screen” button in the bottom right of the video to watch the video in full screen mode.

Do you have a story that speaks to the power of Twitter?  I'd love to hear your experience and, in the process, help others realize how impactful Twitter can be to their networking efforts.  Let us know in the comments below and/or send me a tweet to @trevorturnbull.

Trevor Turnbull is an Online Reputation Strategist, Linkedin Trainer and Keynote Speaker that has educated thousands of Entrepreneurs, Business Professionals and Job Seekers on how to get REAL results from LinkedIn. Over the past 3 years, Trevor has worked closely with Linkedin expert Lewis Howes and has conducted hundreds of educational webinars on the topic of LinkedIn. His "non-techie" teaching style and extensive background in traditional and online sales & marketing has provide him with the real world knowledge of how to apply LinkedIn strategies that are easy to implement and provide maximum return on time invested. As a thought leader on the topic of LinkedIn, Trevor has been hired by numerous Fortune 500 companies including General Motors, Raymond James and Bank of Montreal and has been quoted in many major publications including Forbes and Entrepreneur.com.
View all posts by Trevor Turnbull →