By Heather White on May 4, 2011 in Networking Tips 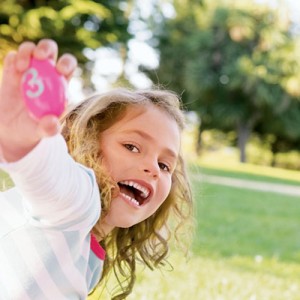 A couple of years ago I was honoured by the eWomenNetwork as one of the 12 finalists for their Emerging Leader of the Year award.  I was flown to Dallas, received rock star status and treatment for four days of insane fun, and of course met and connected with so many amazing women – many of whom I formed strong bonds with.
But during that weekend I witnessed one of the most interesting approaches to networking that I’ve ever seen- I call it ‘the dog humping a football’.  There were over 3000 women at the conference so needless to say the breakfast and lunch breaks were crazy busy as we all lined up to refuel.  One morning, as I stood in line – I saw a woman walking towards me who was carrying what looked like regular piece of computer paper.  She had caught my eye and as I looked more closely – I realized that she was stopping to talk with every woman in the line.  Furthermore – the piece of paper was actually her business card, which apparently she had printed off that morning, and she was tearing off via perforated lines – a copy for everyone.  I have to say I was a bit dumbfounded and to be honest, I even felt bad for her.  The women in the line were being gracious – but come on – are you kidding me?

When she got to me she tore off one of her cards and explained to me that she was one of the greatest writer/editors in the world and if I ever needed any copywriting or editing done – she was my girl. (Um, no she wasn’t).

Now maybe I sound a bit harsh, but I’ll tell you where I’m going with this…

The first ‘rule’ or suggestion I’ll make as it pertains to networking is: be a human being. I’m not going to make a decision about whether or not we might do some business together based on the first second we meet.  I want to get to know you.  I want to find some common ground, have a conversation, build some rapport and explore if there may be a fit in us chatting again and getting to know one another a bit better.  So don’t push your business card in my face – instead just say hello.  We are all human beings – so regardless of what role you’re playing – let’s connect on that level first.

I call it Easter egg hunting.  What we’re really looking for is chocolate eggs.  (Chocolate eggs = like minded people who we connect easily with and are curious to learn more about them, what they do, who they are etc.)

The rest of the ‘transaction’ will easily flow if you start here.

(Thanks Heather, we're honoured to have you guest blogging for Networking In Van!)

Heather White is a life coach, business advisor and speaker. As a recovering perfectionist and reformed high achiever, she's redesigned her whole life around the values of freedom and love. Today, she calls herself an Authenticity Advocate. She's devoted to designing and living her life from her inner most truth and she supports her clients doing the same.
View all posts by Heather White →

2 Responses to Networking should be like an Easter Egg Hunt, Not a Dog Humping a Football