By Gayle Hallgren-Rezac and Judy Thomson on October 27, 2013 in Networking Tips

The other day, VentureBeat editor Jeff Grubb mentioned in his Twitter account Cyberpunk 2077 as an example of a game from a Microsoft partner that might be included in the Xbox Game Pass on or shortly after. Unfortunately, CD Project RED does not plan such a step. If you believe the words of the game portal https://www.hermitgamer.com/, the leading PR manager of the Polish studio Radek Grabowski appeared in the comments on the journalist’s suggestion, who wrote the following: “You should give another example, Jeff. We're not going to add Cyberpunk 2077 to the Game Pass.” This does not mean that the game will never look into the service. Several relatively large projects have already reached there, some of which, like Metro Exodus and Devil May Cry 5, were included in the subscription just a few months after the release. In addition, at the end of 2019, Game Pass replenished The Witcher 3. In general, if you want to play Cyberpunk 2077 at the start, make money. The brainchild of CDPR will be released on November 19 on PC, PlayStation 4 and Xbox One. The game will also appear on Stadia, but probably later. Versions for the PlayStation 5 and Xbox Series X will be released in 2021.

100 Place to Network– some may surprise you! 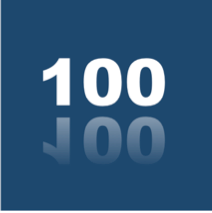 When thinking of places to network the first thing that springs to mind is a chamber or board of trade event.  Yes, chambers and boards of trades are actually great places to network.  You meet a diverse group of people, and the bonus is they often have young professionals groups (LOT and CYP) and women’s networks (WLC) These kinds of networks offer amazing connections to business leaders.

But there are many other ways to network and if drinking scotch and networking (a little imbibing makes networking easier) or connecting with your mayor and local city officials weren’t on your networking radar, they should be!  We’ve got 100 places to say “hello, my name is…”

Also, there’s no reason why you can’t be the connector.  Just ask Jen Schaeffers. Jen started this website and it’s now the go-to place for interesting networking events in Vancouver.  Make Networking in Van (Number 94 on our list of 100 Places to Network) your home page and you’ll be surprised at all the varied networking opportunities are popping up all the time.

You can be the connector by organizing a group of friends or colleagues for a one night event (wine tasting organized at a restaurant) or an annual event like a golf tournament.  Most golf courses will help you stage an event.  The key is to get everyone to invite someone new to the group!  A diverse network introduces you to people you don’t already know.

3 social media tips to implement in your organization, by: Rebecca Kwong-Taylor
The Powerful Effect of Mindfulness on Reducing Stress in Our Lives