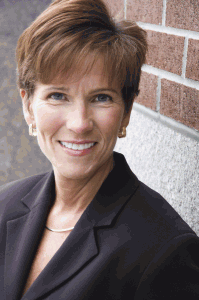 The importance of supporting other women: Over the last generation there has been tremendous progress relative to the role and contributions of women in the workplace and in society generally.  This progress is not necessarily measured only by the number of women in CEO positions or the number of women holding seats on corporate boards. There is no doubt that the numbers in these areas are disappointing. Rather it is best measured by the extent to which women today control their destiny, in the workplace and in the community generally.  The societal and cultural changes necessary to ensure that women realize their full potential are monumental. Attitudes and structures in the workplace developed over centuries creating the expectation that women were expected to be at home and if in the workplace, only for limited periods and only in certain positions.

It is hard to imagine now that any employer would retain a policy requiring women to ‘retire’ from the workforce with the birth of their first child, but it was not too long ago that this was the standard.  Visionary women and men realized that organizations and our communities would benefit from the full engagement of women and while slow, there is determined progress in this direction but the key is to ensure that the woman herself determines her life and career path, not standardized restrictive paths born of now-antiquated views of a woman’s potential.   One of the most important ways in which to help woman individually (and collectively) realize their potential (with resulting positive benefits to society generally), is to ensure that each woman knows that she has both the right and the responsibility to chart her own path in life, not in isolation and not ignoring the hopes and dreams of others in her life, but also not bounded by anything but her own ambition.   The same can and should be said about young men as well. However, men have rarely encountered societal or cultural barriers to defining their path in life to the same extent as women.

When every woman defines for herself, the means through which she will support her family, her community and her career, we will have made real progress.

How Sue gives back (in a major way): Story telling is vital. There is a perception that women in senior positions in the community or in the workforce have either discovered a ‘magic potion’ or have materially sacrificed other parts of their lives for their career.  Being able to share my own story of decisions, consequences, reflection, failure, frustration and reward is one way that I try to encourage other women to determine their path and to accept both the responsibility and the reality that every decision has a consequence and that we can ‘have it all’….we just can’t necessarily ‘have it all, all at once’.

There is no doubt though that my favorite way to support women is through a personal chat over a cup of tea where individual hopes, wishes, dreams and fears can be shared, pursued or conquered!

Words to live by:

Best loved books: I read anything and everything John Grisham writes! In between Grisham novels I enjoy fiction that has a root in fact. Stories such as ‘The Book of Negroes’, ‘New York’, ‘The Help’ and ‘A Thousand Splendid Suns’, all rank among my favorites.